It appears that the New Democrats have had more than one reason for withdrawing from Afghanistan. The LPC got us into the mess and the HarperCons extended it. Now the Tories are finding out that bluster does not always get what you want. They shamelessly attacked the credibility of a Canadian diplomat in an effort to protect themselves. What they never expected was the support this diplomat would receive after such an attack. They should have seen it coming.

You may recall that in the lead up to the 2006 election, Harper said, we didn't have to fear him because the bureaucracy and the the supreme court would temper him, ie keep him in line. (not an exact quote, I have been looking for it but can not find it.) He has since showed us his disdain for both these bodies.

He has refused to act on a Supreme Court ruling ordering the government to repatriate Khadr and now he and his Ministers have publicly attacked a senior career diplomat.

Harper has also decided not to seek assurances from other Nation states that Canadians will not be subject to the death penalty, erasing a long standing Canadian position being that we don't have a death penalty in Canada so Canadians abroad or extradited are entitled to protection.

So Harper has shown contempt of the Supreme Court, of our diplomats and today he and his government are trying to prevent uncensored documents from being provided to Parliamentary committees saying that the Canada Evidence Act takes priority over elected parliamentarians.

The speaker ruled today that Parliament trumps the Canada Evidence Act! Thanks to Kady O'Malley of the CBC for this today. 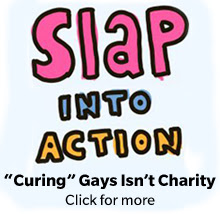